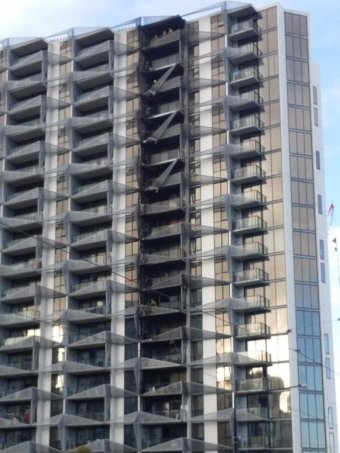 More than 500 people were evacuated from an 20-storey high-rise apartment building in Melbourne as a fire broke out, damaging at least seven floors. It took more than 80 firefighters about 30 minutes to bring the blaze under control and the cause of the fire was under investigation. The damage to the building is estimated at well in excess of $2 million.