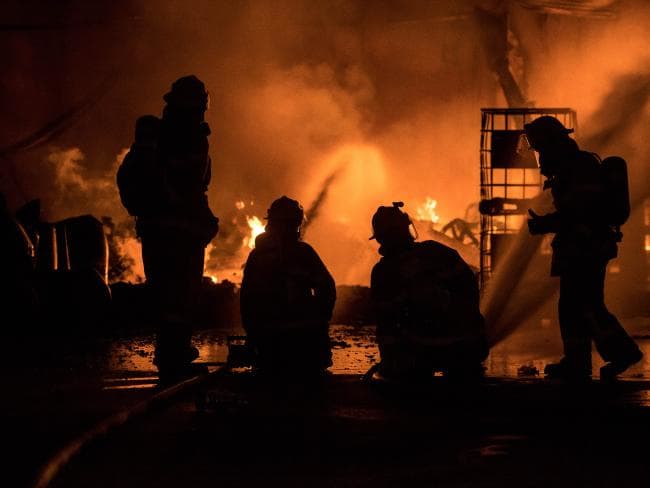 FIRE crews have contained a suspicious, toxic blaze at a Campbellfield factory, with nearby residents urged to monitor conditions.

About 70 firefighters as well as command staff battled the blaze, involving fuel drums at a 30x50m logistics factory, that shut down Camp Rd and the Upfield train line.

An MFB spokesman said crews were called to the factory, which dealt with raw flammable liquid used to manufacture products, on the corner of Sydney road in Campbellfield just after 8pm. The blaze took about three hours to bring under control, as wind blew toxic smoke towards the east. One wall of the tilt slab building collapsed, while the rest was severely damaged in the blaze. Only the roof and wall of an adjoining factory was damaged in the inferno.