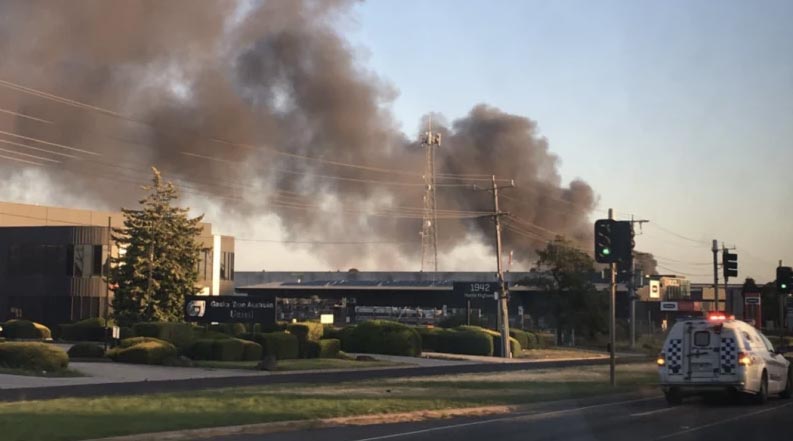 The blaze was brought under control in the early morning, however, investigators were unable to enter the building until the fire was completely out. The factory was used for recycling batteries and other machinery according to the MFB.

It appeared the building was crammed full of batteries and other combustible materials. The EPA was in attendance and investigated further a spokesman for the MFB said in a statement.

The loud bangs coming from the factory were caused by batteries exploding in the intense heat. The MFB was to determine if the incident was suspicious. The fire began just after 8pm on Saturday night and more than 80 firefighters were required to stop the blaze from spreading.