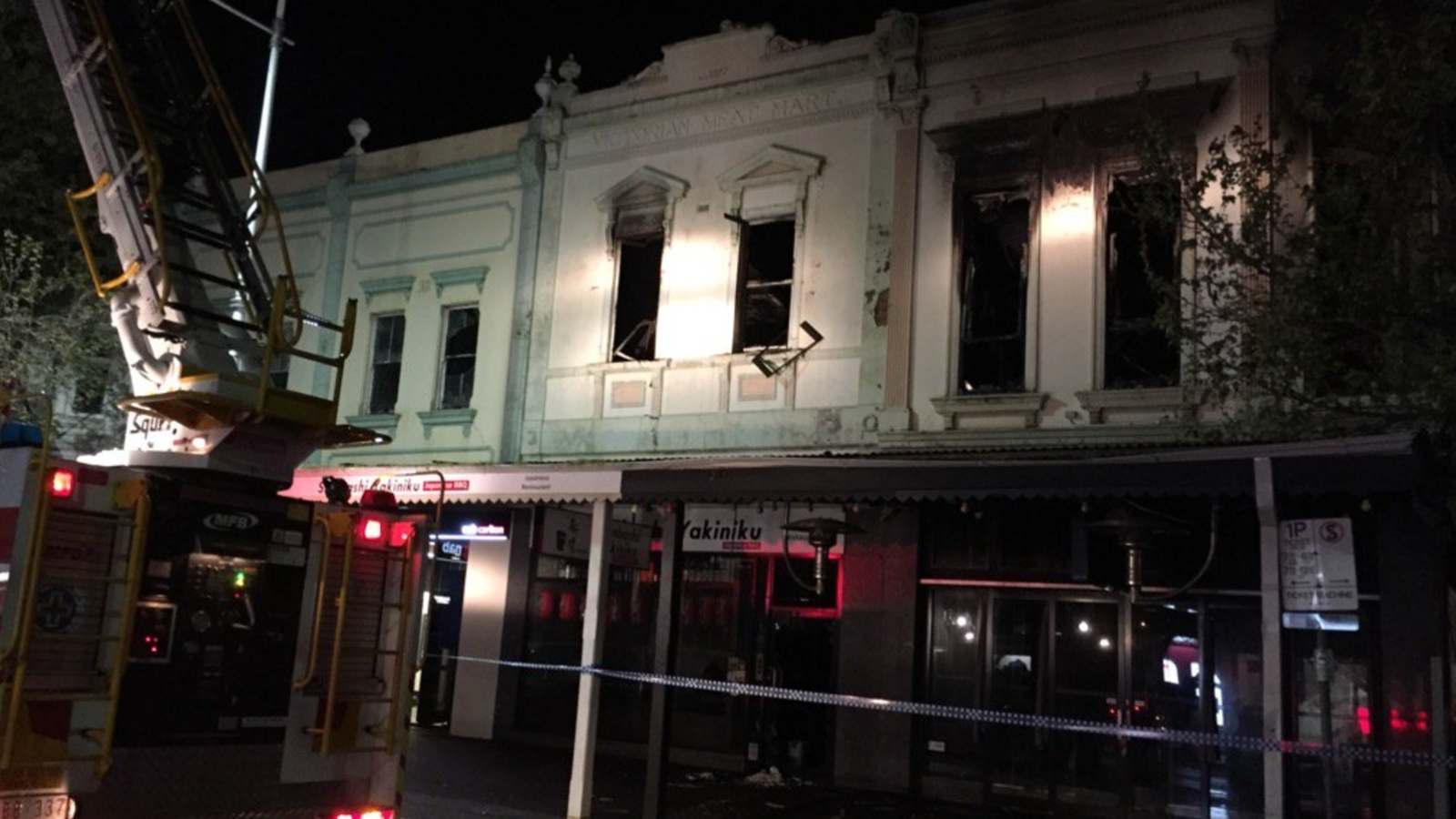 A fierce fire that ripped through several businesses on Lygon Street and took 60 firefighters more than an hour to bring under control was treated as suspicious. Fire crews were called just before 2am on a Monday when explosive sounds were heard coming from a Lebanese restaurant which had been closed for renovations for some time.

Flames ripped through the top floor of the former shisha bar, near the corner of Lygon and Grattan Streets in Carlton, as a large plume of smoke blanketed the popular dining strip.

Bricks, timber and tin lay crumbled in the laneway and an excavator was called in to remove rubble. A Japanese restaurant on the ground floor below and an NAB branch next door were also affected.