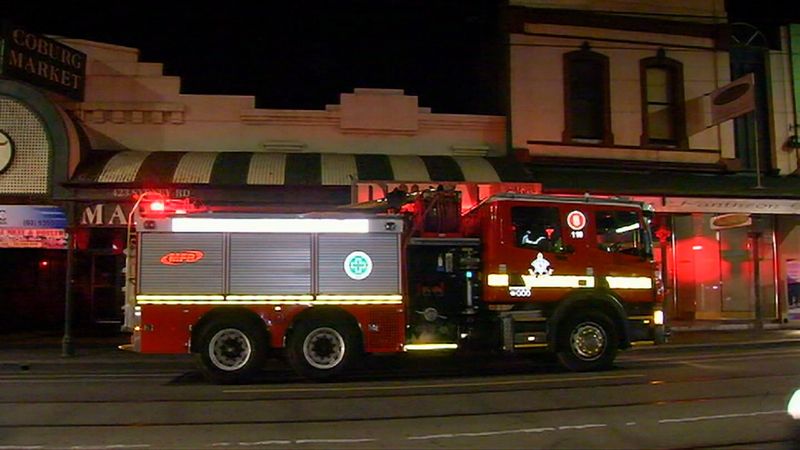 Police Hunt for men after suspicious blaze at chicken shop.

Two men were on the run after a suspected arson attack at a food outlet in Melbourne’s north overnight.

A passer-by noticed smoke billowing from the rear of Broaster Chicken on Sydney Road, Coburg, about 3am.

Emergency services were called to the scene, with fire crews taking 11 minutes to contain the blaze. No-one was inside the business. Police deemed the fire suspicious, and were looking for two men dressed in dark clothing. The pair were seeing running away from the shop east along Harding Street.