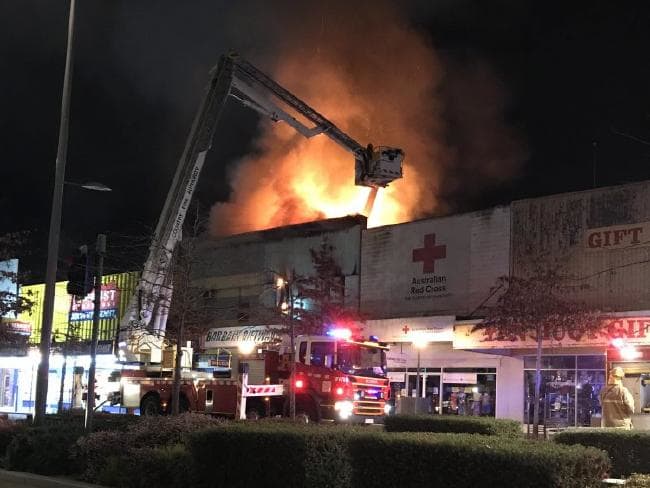 Two two-storey businesses were ablaze in Lonsdale St when fire crews arrived about 1.35am. It took 90 minutes for ten CFA trucks to bring the flames under control with two MFB appliances also called in to help firefighters battling the fire.

Millions of dollars worth of repairs was needed to fix the two shops gutted in the fire. The CFA issued a smoke warning for the Dandenong CBD and residents were advised to avoid the retail strip. A CFA spokesman said no one was injured during the fire. The cause of the fire was investigated to determine if the fire was suspicious.