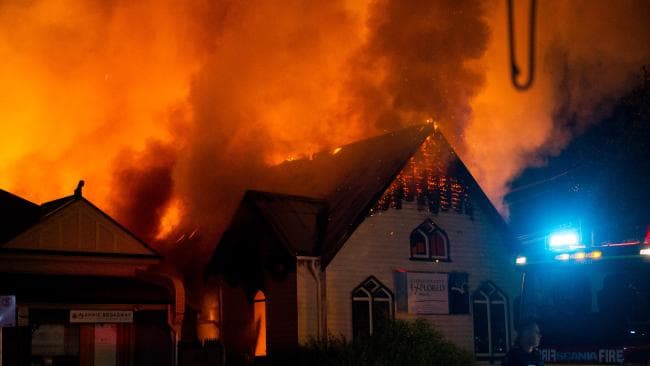 FIRE destroyed a church in Geelong West — the region’s fourth church fire in six months. Firefighters were called to the blaze at the Geelong West Presbyterian Church in Pakington St at 4.30am.

Pakington St was closed for most of the morning and reopened just before 11am. About 30 firefighters spent almost two hours bringing the fire under control. There was no damage to adjoining buildings and nobody was injured. Police are treating the fire as suspicious. The church was heritage listed and associated with the first Presbyterian congregations in the area. It is not clear how the fire began and fire investigators will probe the blaze, nobody was inside at the time.