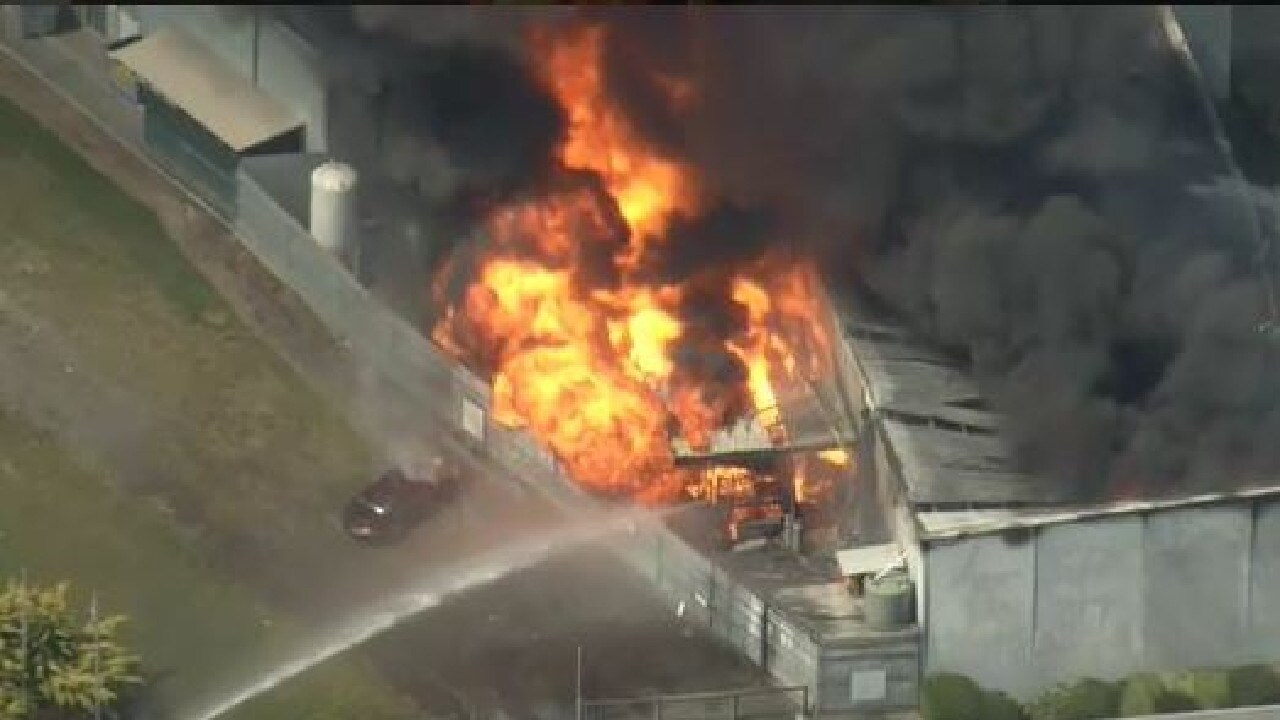 Firefighters were alerted to the blaze on Canterbury Road at Kilsyth shortly before 2pm, with more than 20 CFA and MFB appliances on the scene. It was brought under control around 3.30pm but Canterbury Road was closed in both directions. A CFA spokesman said the 30m by 70m factory was fully ablaze “absolutely billowing smoke” with gas bottles exploding inside. Ambulance Victoria says one person was taken to the Alfred Hospital with burns.