webmaster-tangent Posted in All, Flood 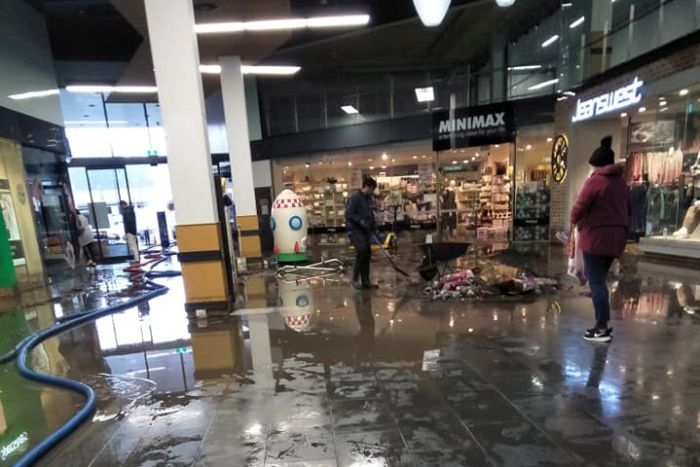 South of the city, the clean-up continued at Kingston’s Channel Court shopping centre, which sustained heavy damage in the deluge.

While the larger stores were open after a few days, a number of stores in the centre remained closed, with authorities working to clean areas of the ground flood and carpark.

Newsagent Mike Ditch said the recovery process was daunting. “I don’t know how many weeks we’ll be out of action. Our computers have been drowned. “We missed out on the biggest or second biggest trading day of the year — Mother’s Day — which hurt us a lot.”

Kingston council said insurers had been hit with more than 2,150 private claims and that number was expected to grow as the full scale of the devastation became clearer. Kingborough Council also sustained significant damage to its civic centre and was open for urgent inquiries only.

Mayor Steve Wass said the council’s works department received more calls in a day on Friday than it usually did in a month, and staff were prioritising the clean-up works.