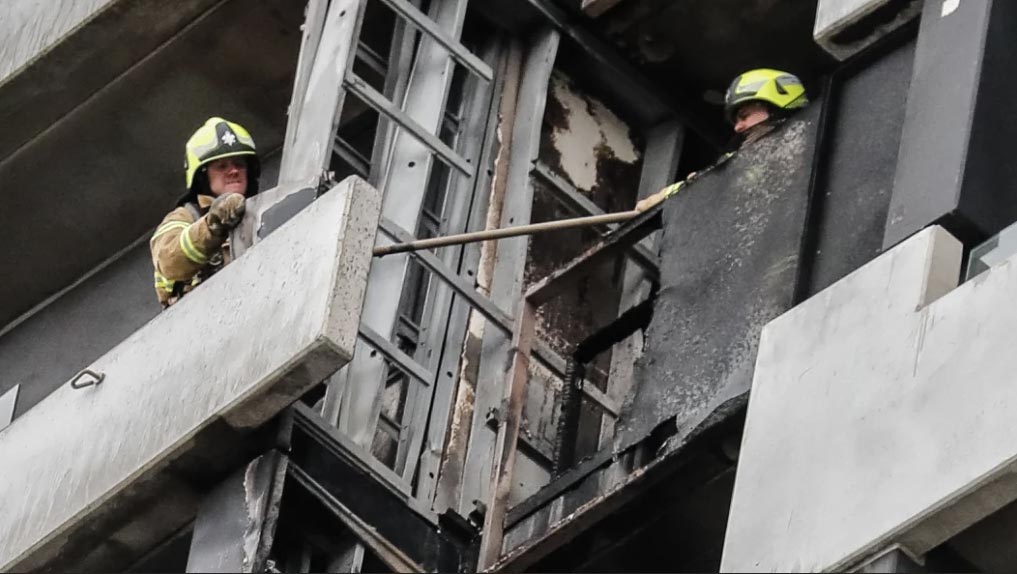 Residents were locked out of their CBD apartments for 48 hours after a vicious, fast-moving fire raced up dangerous cladding on the side of a Spencer Street tower. Fire ravaged the middle floors of the 41-storey apartment building, which had the same sort of cladding used on London’s ill-fated Grenfell Tower, in the early hours of Monday morning.

Melbourne City Council’s building surveyor issued an emergency order stating the building could not be occupied for 48 hours, meaning hundreds of residents were left stranded for two days.

A council inspection of the building found the fire affected “essential safety measures” including the sprinkler system and fire alarms. Firefighters remained at the scene to assess the building’s safety, but were hampered in their efforts by residents who covered their fire alarms in plastic, and others who refused to leave.

Pieces of the building could be seen falling off the tower, located opposite Southern Cross Station in Melbourne’s CBD, as the fire raced up at least five floors. At least 200 residents were evacuated from the apartment tower, huddling together outside as they were grouped by floor numbers just after 6am.

About 60 firefighters battled the blaze, believed to have started on the the 22nd floor just after 5am and reaching the 27th floor before it was extinguished. It is understood the building recently underwent a renovation but was deemed safe by Melbourne City Council.