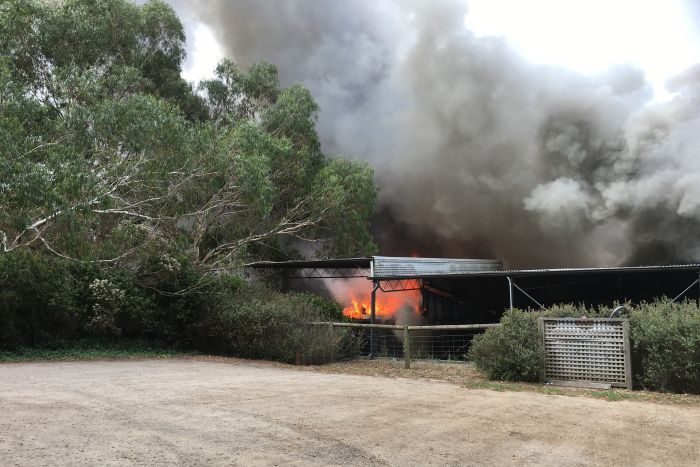 The facility adjoining the restaurant and cellar door at the Ten Minutes By Tractor winery at Main Ridge was engulfed in flames at 3:30pm on Sunday, sending thick smoke across the area.

The facility, an old apple shed containing vintage trucks and wine as well as stock, was gutted by the fire. Twelve trucks fought the fire, with the shed fully engulfed when crews arrived. Gas cannisters exploded and it took two hours for firefighters to control the blaze.

Forty diners and staff evacuated the facility, but a chef suffered burns to the face and arms. The restaurant owner estimated about half a million dollars worth of wine was destroyed.

The Country Fire Authority’s Darrel Setter said the cause of the fire was to be determined. “The smoke was billowing high in the air and flames were probably 20 or 30 feet high,” he said. “We just could not bring it under control. In the end it just burnt itself.”