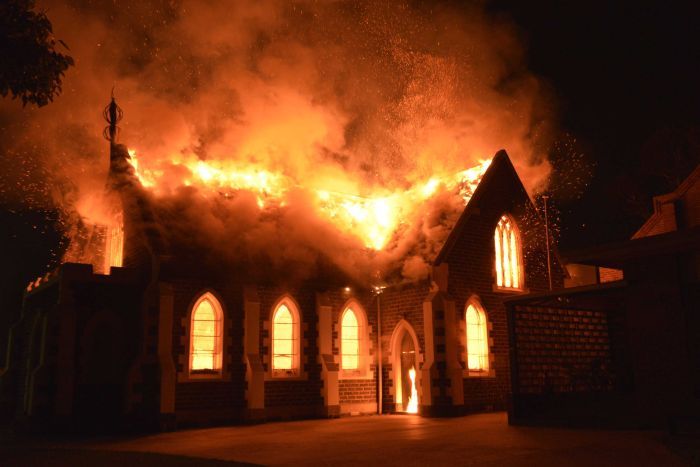 A mosque in Geelong was destroyed in a suspicious fire, believed to be connected to a string of arson attacks on unrelated churches. Authorities said the blaze had already taken hold of the building when fire crews arrived at the scene. The roof had collapsed and crews were unable to enter the building because they were concerned the building could possibly collapse.