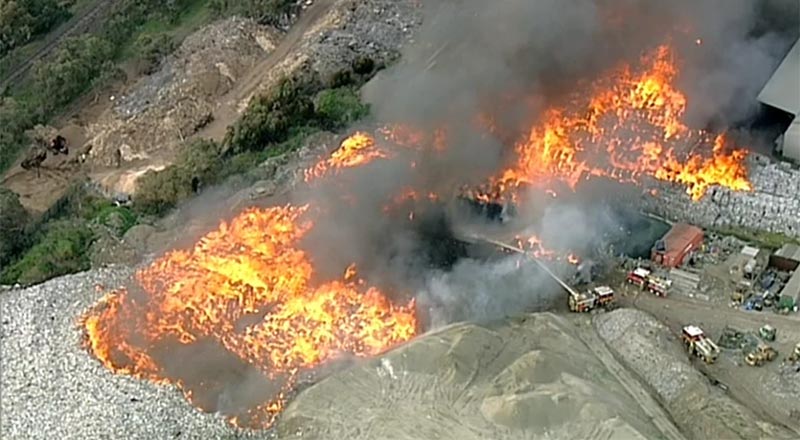 The SKM recycling centre in South Geelong was destroyed by a major fire.

It was one of a number of fires at an SKM recycling facility in the past two years, but was not treated as suspicious. Residents were warned to close their windows and doors after the fire broke out at the Wood Street site about 6.30pm.

Country Fire Authority crews sent more than 40 firefighters to the South Geelong building following reports of smoke billowing through the roof. An EPA spokesperson said the Barwon River was not affected, but that they were continuing to analyse potential impacts to smoke and air quality. The EPA issued two statutory notices on SKM’s Geelong site as recently as July 2017, both of which were complied with.

The fire burnt through a conveyor belt system and multiple bales of compressed plastics. The remaining bales were moved offsite.